Get fresh music recommendations delivered to your inbox every Friday.
We've updated our Terms of Use. You can review the changes here.

Lullabies of the Pleiades 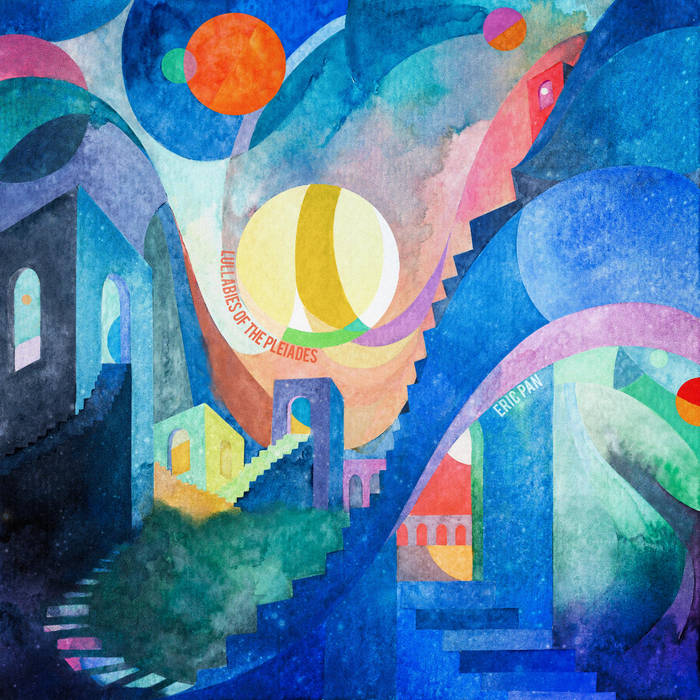 The lullaby is universal to all cultures, within and outside our star system. LULLABIES OF THE PLEIADES collects six solo piano pieces transcribed from indigenous Pleiadian songs, each as sung to a young loved one, local to the far constellation.

This astro-folklore project series is ongoing.

the Pleiadians became aware, early on, of their role as beacon and source of wonder. That anyone who saw their bouquet of stars, no matter how distant, would thereafter look to them in search for answers. That they would be listened to—and so what they say should not lead the rest of us astray.

Swift was their realization that music was the ideal language to communicate wishes, context, and emotion. and so naturally the songs they played for each other carried the same glowing power when broadcast outward, for anyone who didn’t understand their spoken languages.

The lullaby is complete.

(A gift and a blessing.)

the deep care of a lullaby is transmitted across time, across distances so vast that years are needed for light to bridge the gap.

“I’ll sing to you, so that you might find peace more easily.”

All composition is ethnomusicology, if you’re lucky.

While I cannot vouch for my own luck, and I cannot be certain I have transcribed these Pleiadian lullabies with sufficient accuracy — such that the Pleiadians themselves could still feel their full import — I have tried my best for now. I have sensed that the piano, as an instrument, is unfamiliar to them, but in the end is serviceable for the purposes of transcription.

Gathering the songs began with a process of sitting in stillness, the better by which to detect currents in the air. Then, like sifting particles of sand lifted by wind, I could listen for patterns, the frequencies scattered and embedded in shared consciousness, the imprint of grooves left from countless repetitions of the same gestures of care, given and then continuously passed along. an ancient and timeless wisdom. The endless circulation of blood through the body is an apt metaphor for the rejuvenating effect of songs repeated and echoed across time.

I am hard-pressed to identify when, exactly, this collection of songs changed me. I had felt that the transmission was complete, at least for the time being. As I played and re-played them for myself, familiarizing my ears and listening for what messages they spoke, I came to realize that each lullaby held ever deeper secrets that I felt unable to plumb.

…a different day, performing a different one, with a different disposition, might reveal a new facet of a song, the way an answer might glimmer from the depths of a gemstone with light shone upon it, precisely angled — though in the case of this music, perhaps not to be found again.

The whole of each lullaby was beyond my comprehension, and my efforts to document or understand their meaning seemed thwarted at every renewed attempt, as if to be told: “What you seek cannot be found here.”

+
gradually I came to realize that my exploration of this music would change dramatically between renditions, especially contrasting playing alone against playing for others.
+ it might not be the lullabies themselves which hold power but the act of giving them.

it is now clear to me … the stability and longevity of these lullabies depends upon passing them on. They have arrived at our present place and time due to each sharing that came before, from one caretaker to a loved one, a gifting of heart and time cupped with both hands.

This awareness has brought me to an imperative — that I let go of the Lullabies of the Pleiades, as well as the need to keep them close to me, for intimate study, as if I’d isolated them to petri dishes. It is better that I give them out, and not reservedly, but with clarion gusto. (this step also makes it possible for anyone else to take these songs of care, understand and even transform them in their own way: sing them to another, releasing them into freedom again, increasing their potency with each gifting.

Imagine a universe where we’re connected by shimmering beams of light, everyone to everyone.

One quirk about this universe is that the beams send emotions between us, one million per minute per pair, clearly & effortlessly.

Now imagine we already live in this universe except, long ago, we forgot where the beams went. But we’ve always kept music with us: it’s our best way to speak in the old way. ... more

Bandcamp Daily  your guide to the world of Bandcamp